FORTHCOMING SHOWS
All proceeds from our shows go to The Childrens Ward, Royal Marsden Hospital. 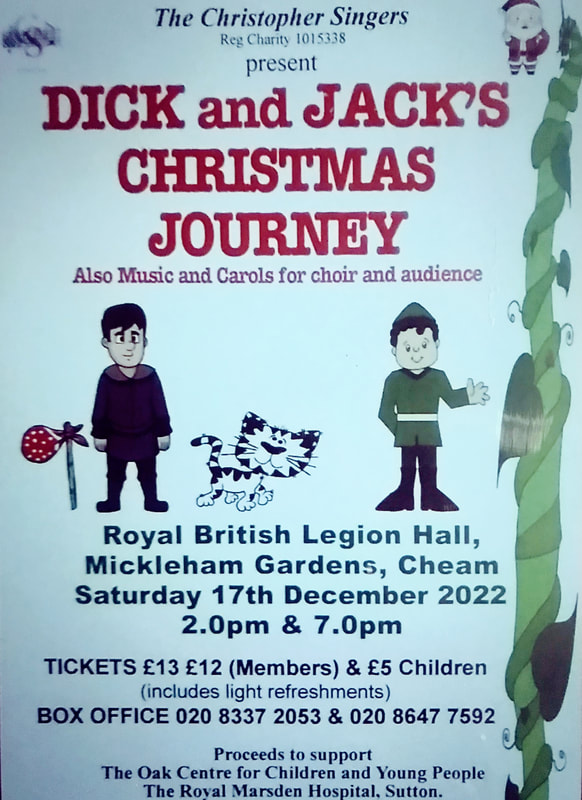 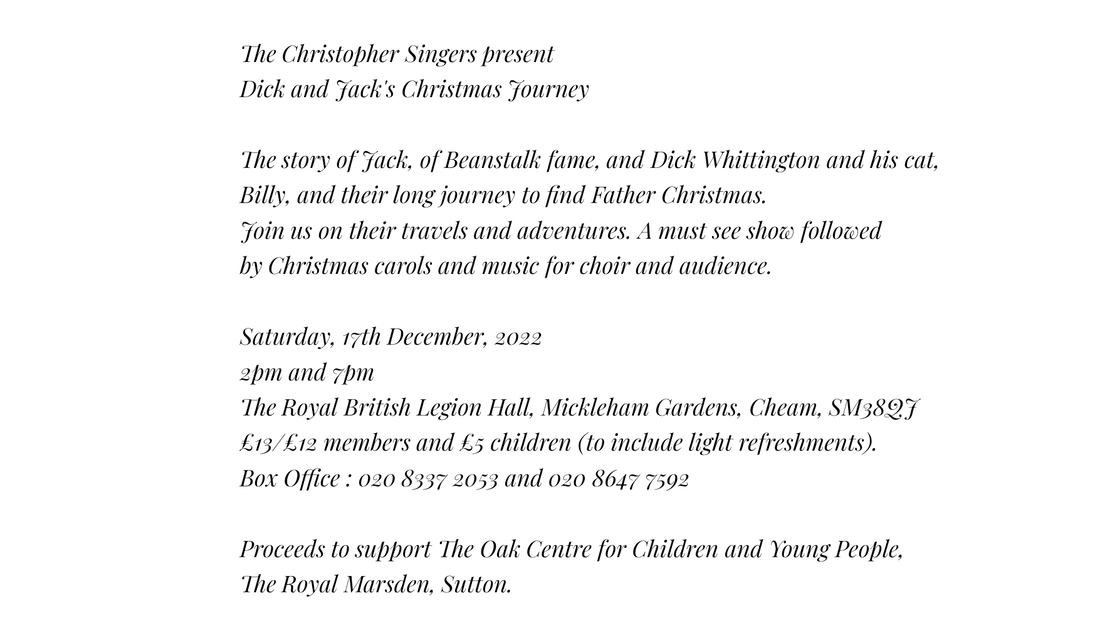 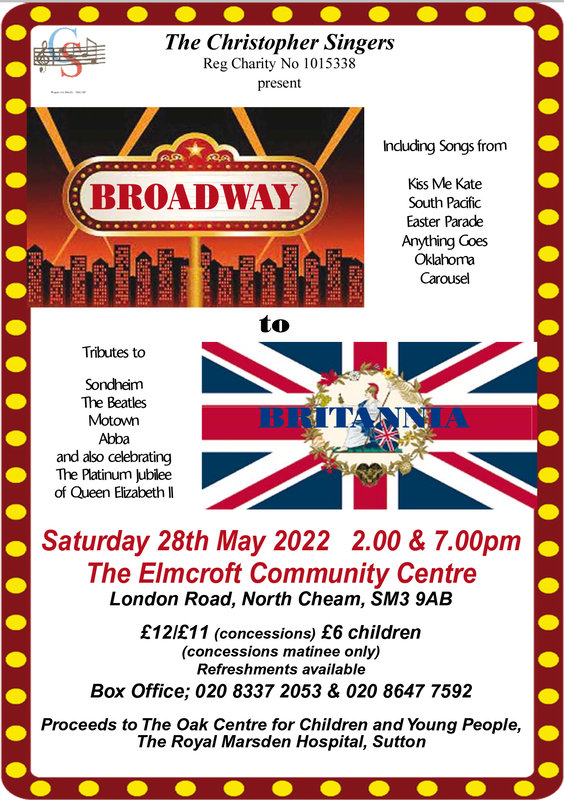 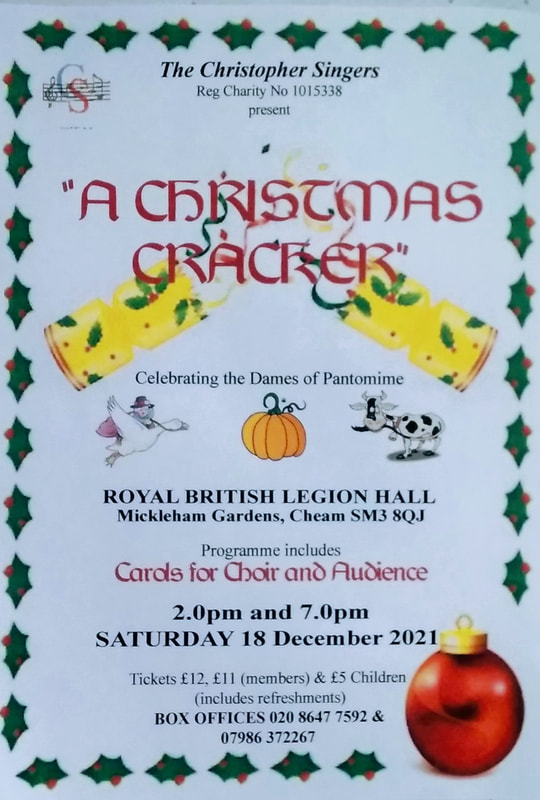 It is with the greatest of pleasure I announce that in our
30th Anniversary Year The Christopher Singers are proud to
present "A Christmas Cracker", written by Patricia Dale.
It is a tribute to The Dames of Pantomime and full of fun and
entertainment for all the family.
Traditional Christmas songs and Carols for audience participation
follows.
We wish you all a very Merry Christmas and a Happy and Joyful 2022. 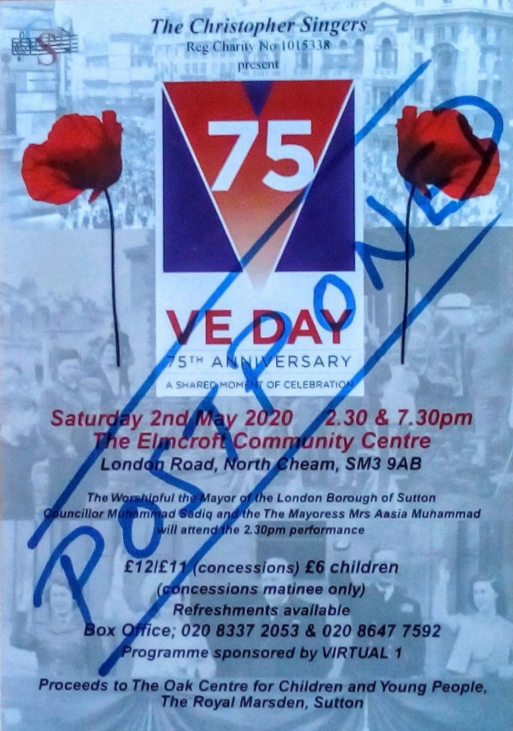 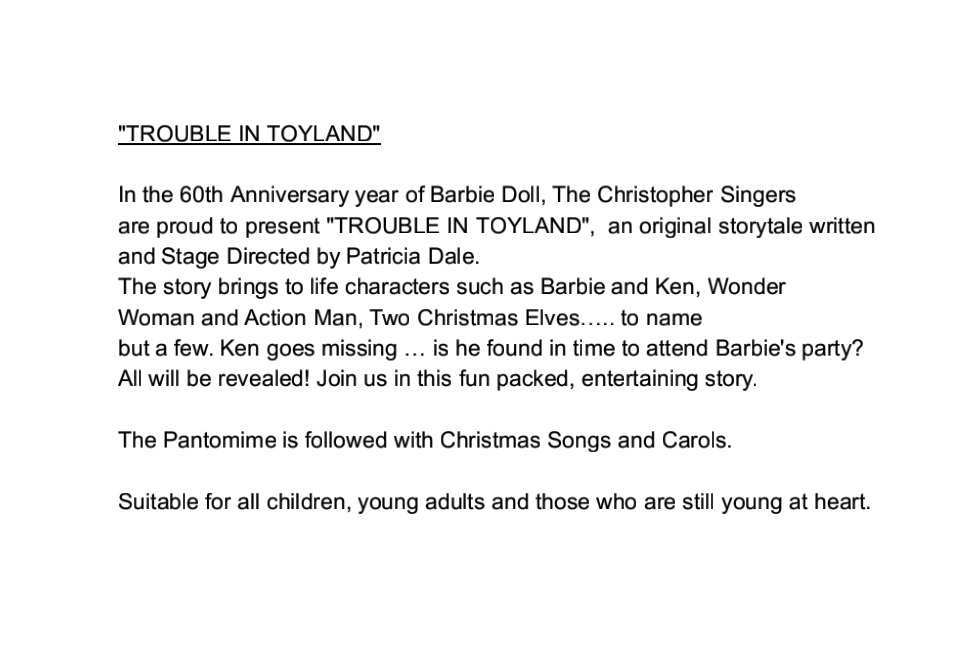 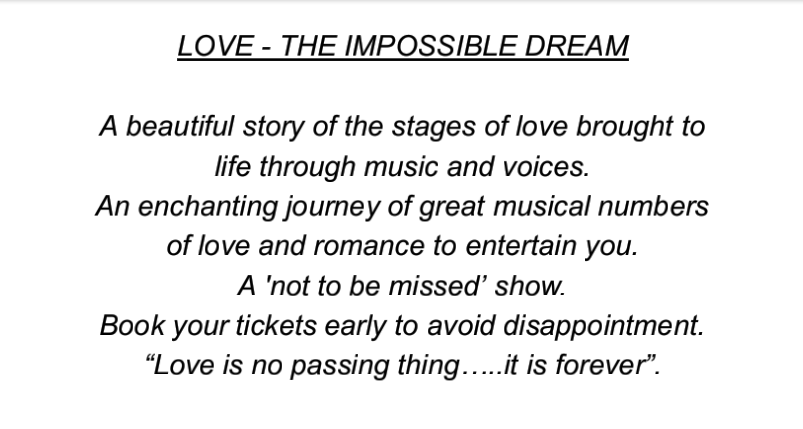 Alice...The Panto'
Join Alice in her quest to find The White Rabbit and her
adventures along the way.
A 'not to be missed Panto' full of laughter, fun and entertainment.
Book your seats early to avoid disappointment.​ 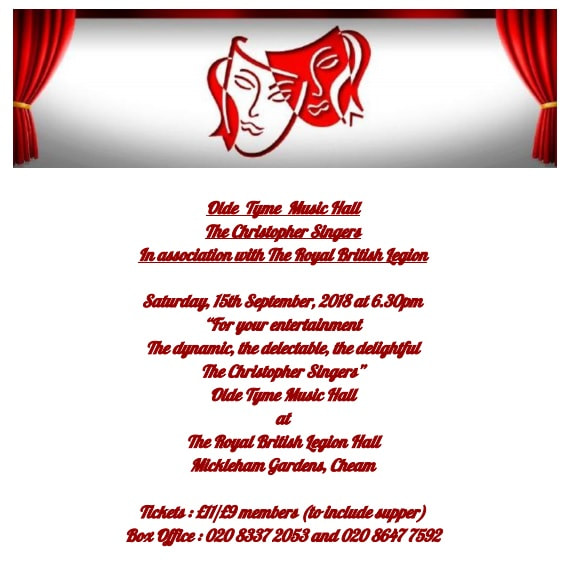 The Magical, Mysterious Tale of Tumbledown
Presented by The Christopher Singers

The Hamlet of Tumbledown has lost its musical heart.
Once the hub of an International Music Festival, it is
under threat of industrial development.
A tale of mystery, musical secrets and how the wonders
of Tumbledown are unlocked and Harmony, Rhythm and
Melody brought back to the village.

In aid of The Oak Centre for Children and Young People,
The Royal Marsden, Sutton.
​ 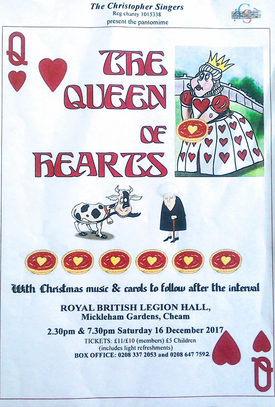 The Queen of Hearts

There is some very shady business going on at the Royal Palace.
Who has stolen Mary's lamb, the Royal pig and the Queen's jam
tarts?
A fun-filled tale of intrigue, romance and detection…...Hercule Poirot
eat your heart out! 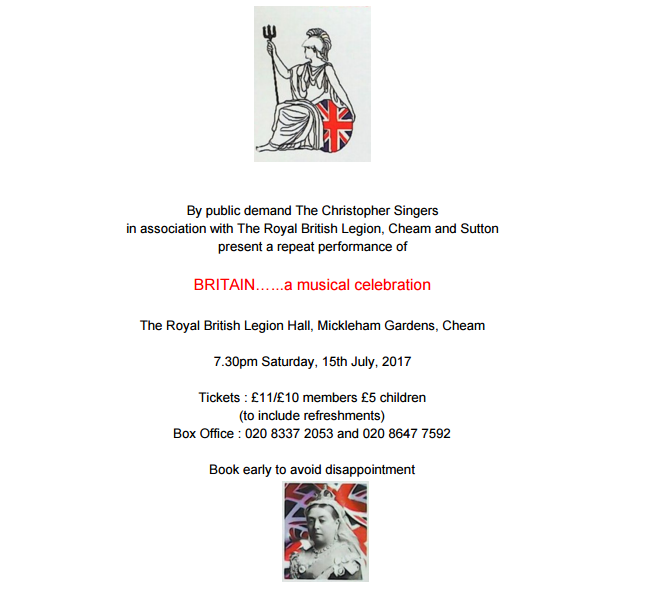 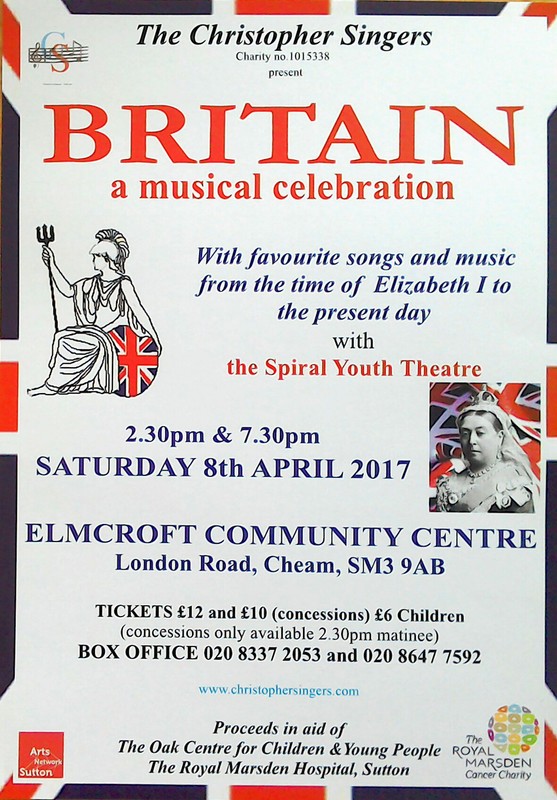 Join us in a journey through the decades to
celebrate the marvelous achievements Britain
has accomplished.
A mesmerising tour which includes tributes to
The Royals, Playwrights, Entertaining and
Sports, to name but a few. A riveting show full
of great musical numbers.
In aid of The Oak Centre for Children and Young
People, Royal Marsden Cancer Charity. 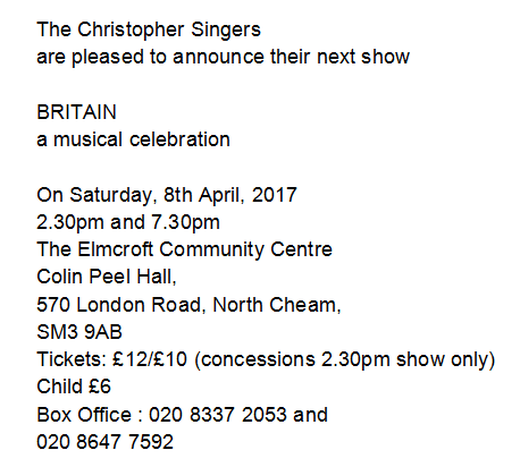 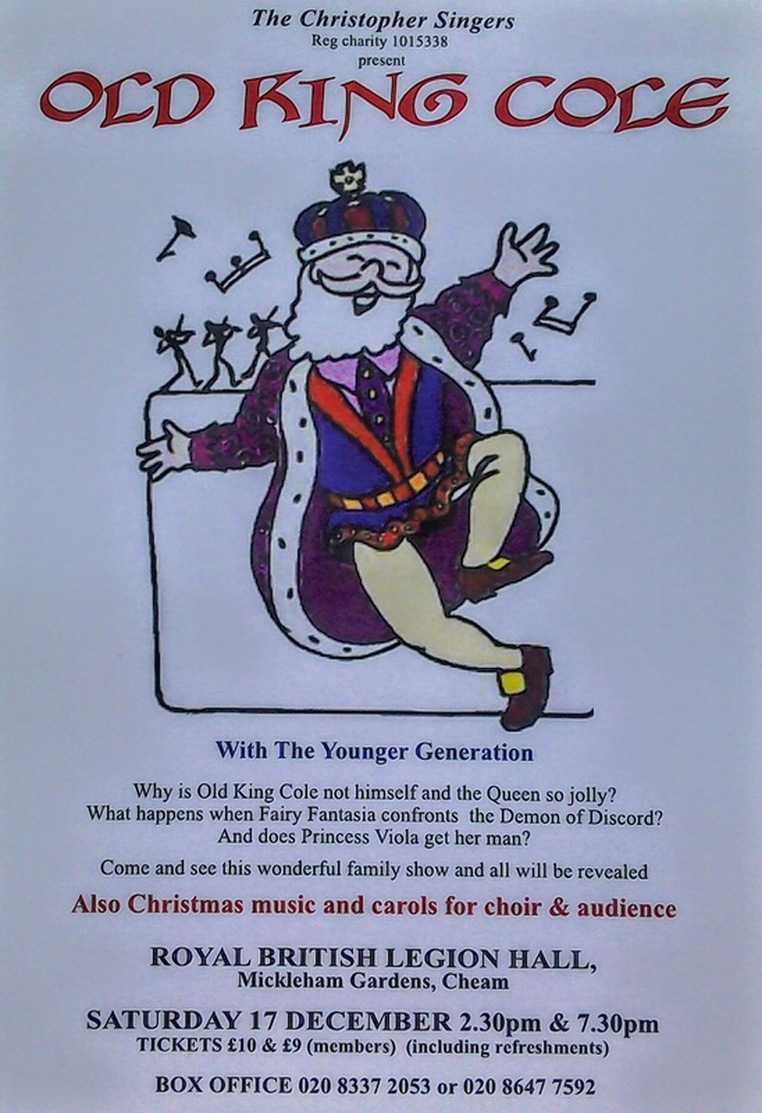 BACK BY POPULAR DEMAND 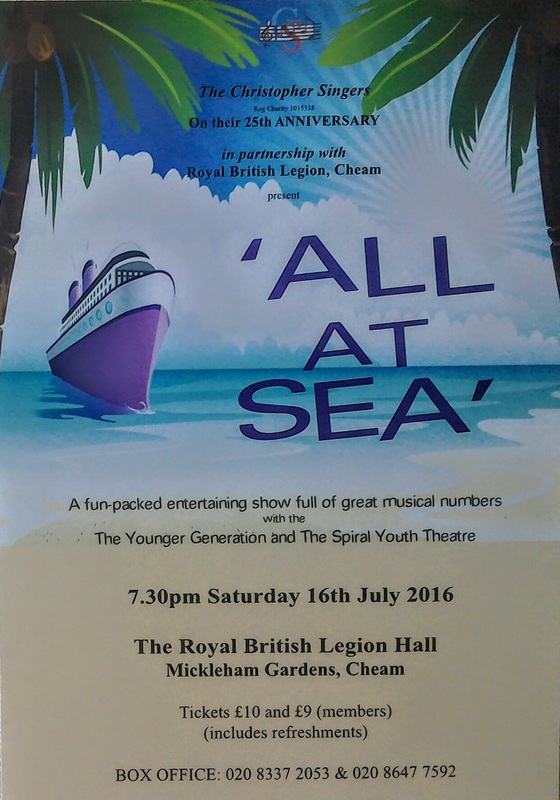 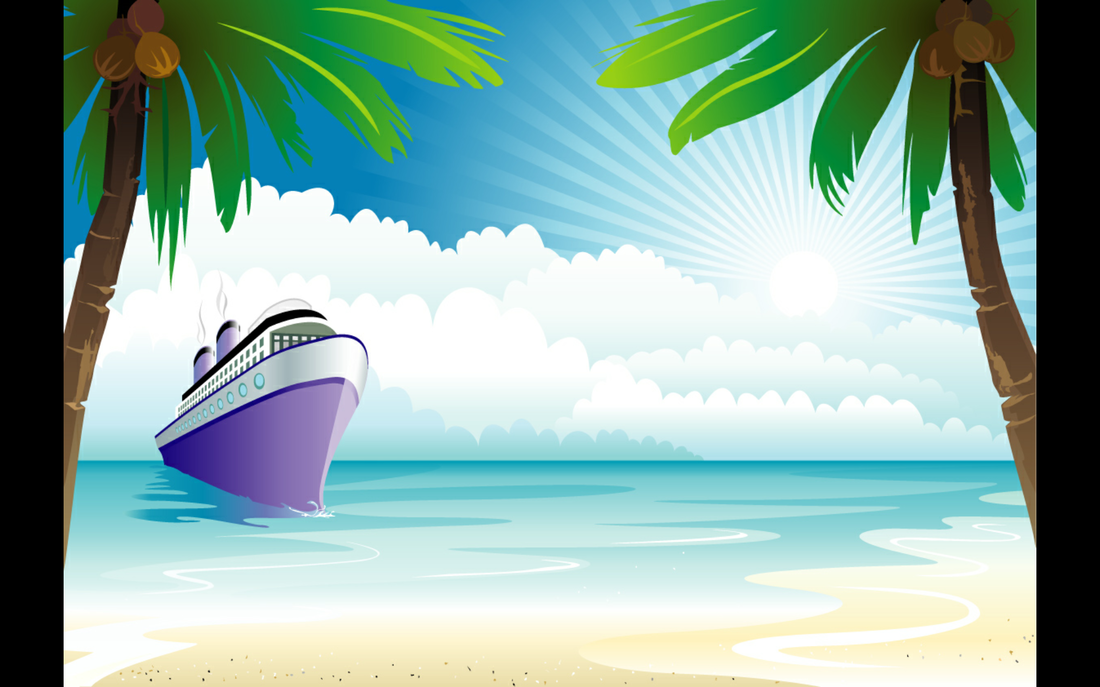 The Christopher Singers present
ALL AT SEA

Join the award winning Christopher Singers in their 25th Anniversary production when they sail the high seas on a journey of adventure.
Helga Van Hausen and her trusty gang of femmes fatales have been released from high security prison and about to embark on another villainous mission to conquer the world. Head of MI3.5 wants to send in his crack agents but they are all missing so only he and his deskboy, Dave Thrupenny-bit, can save the day.
Hilarious, fast paced and full of great musical numbers, come and celebrate with The Christopher Singers in this fun-packed entertaining show. 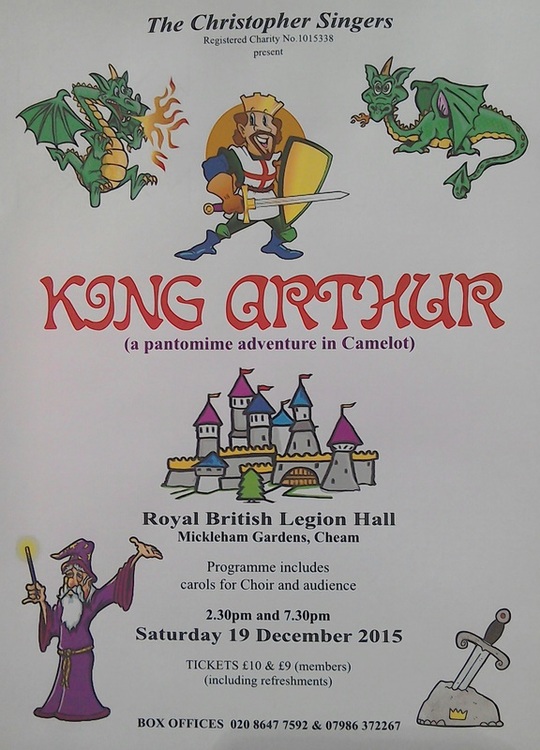 A very funny and amusing pantomime - a 'must see' for the Christmas season - with Christmas Songs and Carols to round off the entertainment.

Tickets are flying so please book early to reserve seats to avoid disappointment. 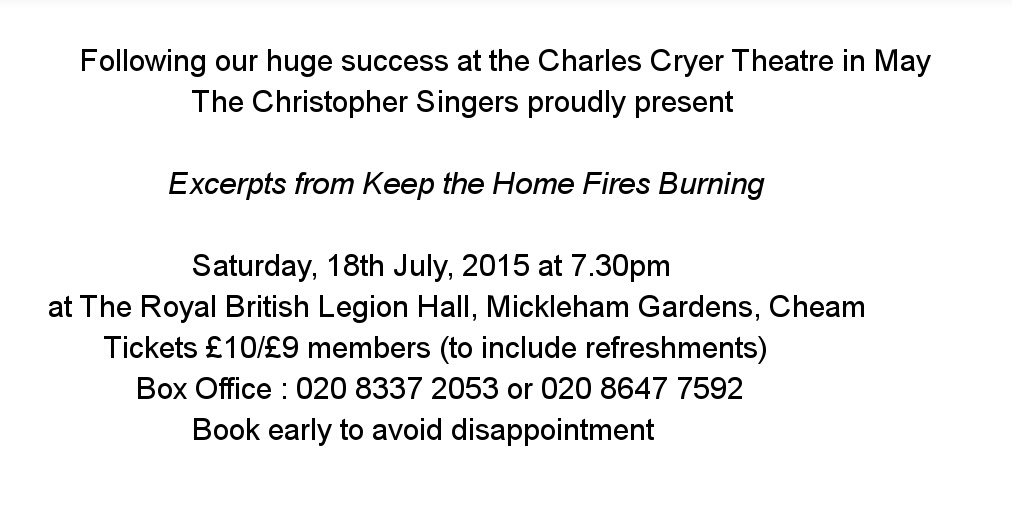 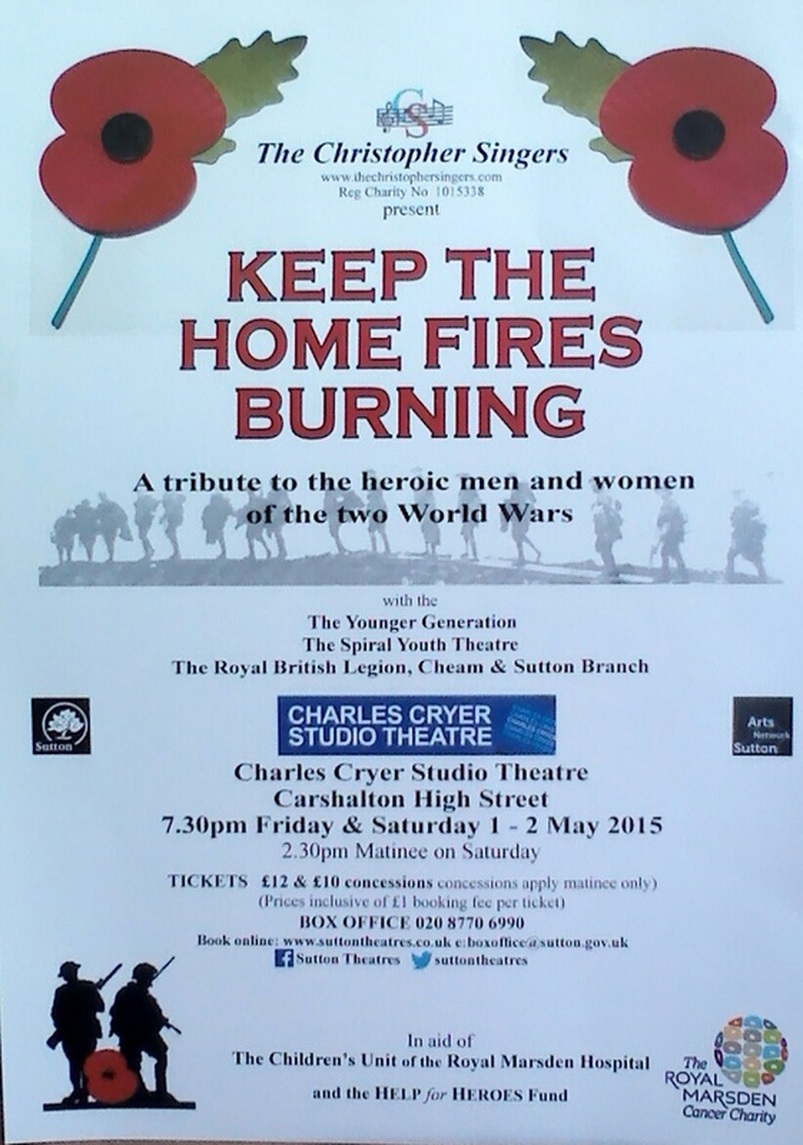 ALI BABA and the FORTY THIEVES 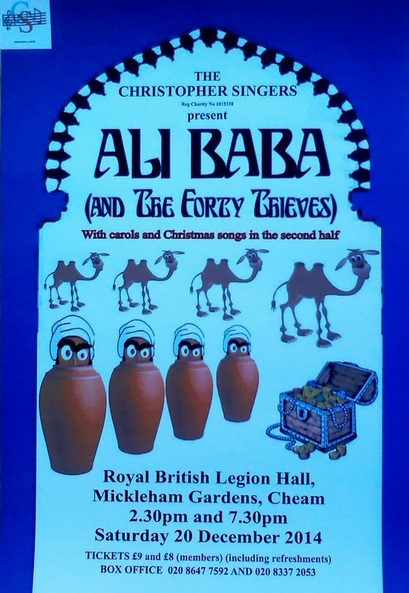 ALI BABA AND THE FORTY THIEVES

Award winners, The Christopher Singers present our Seasonal Pantomime,  ALI BABA AND THE FORTY THIEVES which is the story of two brothers, Ali Baba, who married a poor woman and lived by cutting wood, and Cassim, who married a rich lady, and became a wealthy merchant.

One day Ali Baba was in the forest when he came across Forty thieves who had stopped in front of a cave. The Leader, with the help of magical words 'Open Sesame', was able to open the cave, into which his men disappeared with their treasure for storage. On leaving the cave the Leader uttered the words 'Close Sesame' and the cave sealed itself.

Later that day Ali Baba entered the cave using the magical words and to his delight found an abundance of gold and treasure. The story opens out into a treasure of its own with excitement, secrecy, intrigue and in which inevitably everyone lives happily ever after.

The Pantomime is followed by Seasonal Songs and Christmas Carols for audience participation. The Christopher Singers are joined by the Younger Generation in this fun filled, exciting show.

Tickets £9/£8 members (to include refreshments)

Suitable for all ages 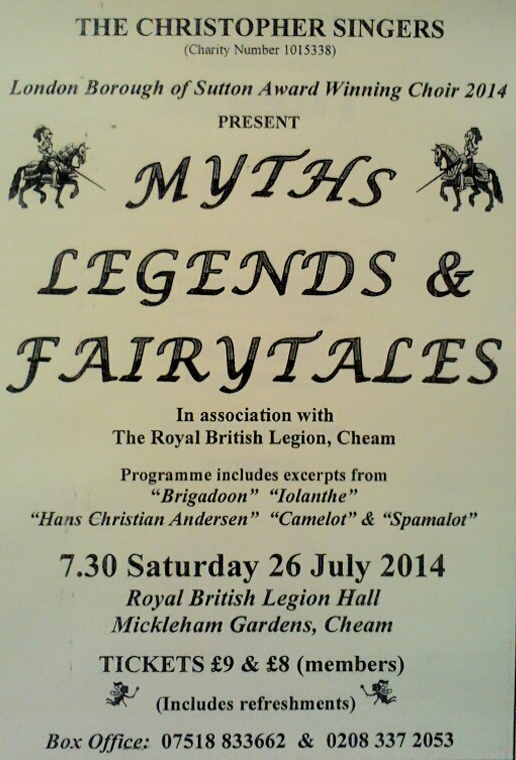 Following our huge success at the Charles Cryer Theatre in April we proudly present...

Tickets £9/£8 members (to include refreshments)

Remember to book  in advance to avoid disappointment

The Mayor of Sutton, Councillor Sean Brennan, has invited The Christopher Singers to perform at the Launch Party of Arts Network Sutton at Sutton Life Centre on Thursday, 12th June, 2014.

As recent Winners of the Cultural Award from the London Borough of Sutton we are very proud to accept and will be performing three numbers from our repertoire:  Another Opening Another Show, Hear the People Sing and Look on the Bright Side.

We wish Arts Network Sutton every success for the future.

Keep in touch with this website for future news of this very special occasion.

Announcing our Christmas Pantomine:
ALI BABA AND THE FORTY THIEVES

Popular stories handed down from earlier times abound with their tales of gallantry, magic, dark and sinister doings and fairytales
of love and romance. Some are true but many have been exaggerated and distorted over the course of time. Composers have been drawn to set many of these tales to music and the programme is an entertaining cross section of the most popular excerpts from these shows. From King Arthur and the Knights of the Round Table (“Camelot”) we take in Tales by Hans Christian Andersen (music by Frank Loesser) the brothers Jakob and Wilhelm Grimm (“Snow White” “Hansel & Gretel” and “Cinderella”) “Brigadoon” (music by Lerner & Loewe) and some up-to-date “legendry” music from “Spamalot” (Monty Python and the Holy Grail”) and the Witches of Oz.

The Christopher Singers are joined by the Younger Generation and children from Holy Trinity Church of England School in Wallington in what is sure to be an irresistible evening of fun and entertainment. 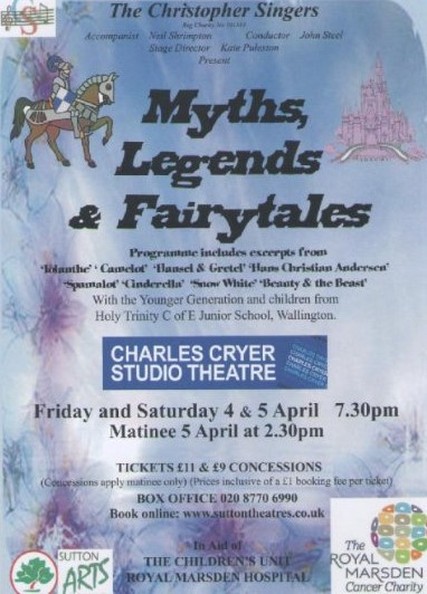 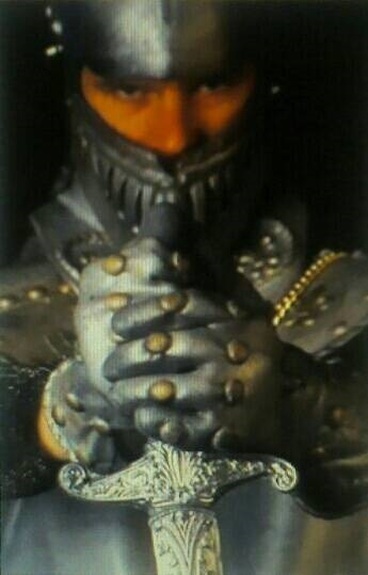 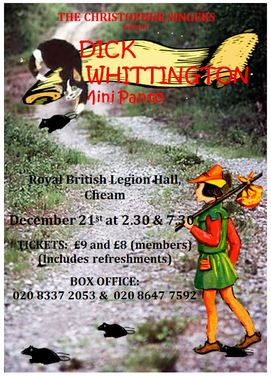 Back by popular demand!  The Christopher Singers will be bringing you another performance of their hugely successful show, London Calling (The Songs of London Town) on:

Tickets £9/£8 RBL members to include supper.

Bringing you the music of London Town from the earliest street cries and tavern ditties to the beginning of the music hall phenomenon, the Gilbert & Sullivan era and songs of the 1914-18 war followed by the joyous music of the 20's and 30's.  The company will present nostalgic songs from  the 1939-1945 war and excerpts from the shows that lifted the spirits after the war including the ever-popular American blockbusters and the much-loved music of Ivor Novello and Noel Coward.  The programme takes us through the advent of the calypso songs that changed the face of music in London in the 1960's through to the celebration of the Queen's Jubilee and the triumphant splendour of the London Olympics. A really fun evening, so come and enjoy!

Tickets:  £10 (£8 concessions and Saturday matinee)
Suitable for All. 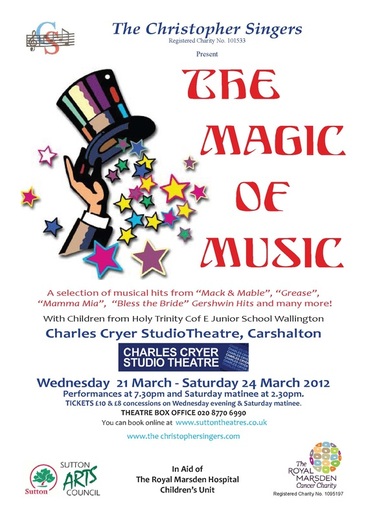